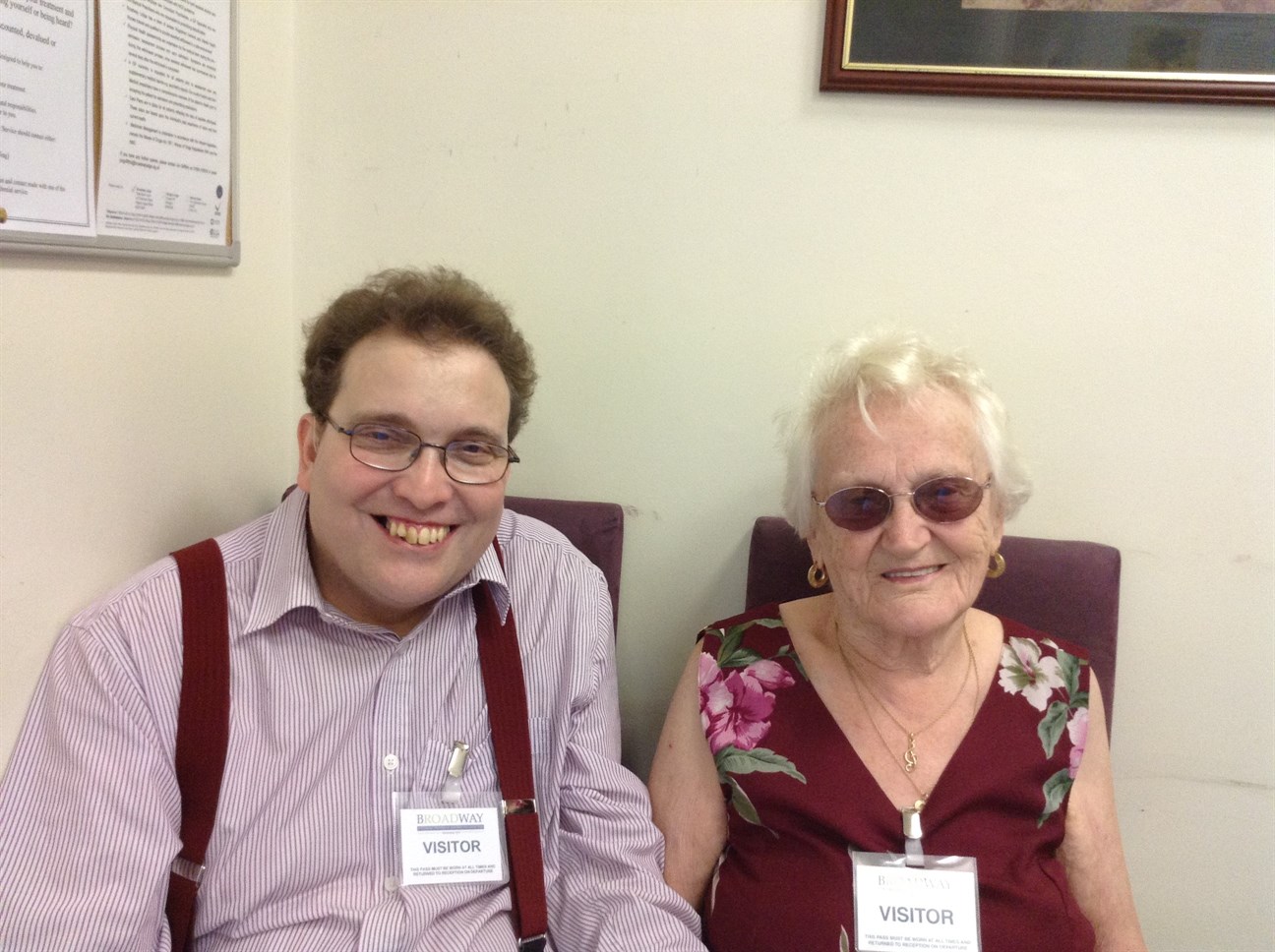 Whilst at the TOWER group, we got speaking to two members of the group, Edna and Simon, who are local celebrities and have appeared in local and national newspapers, documentaries and TV reality shows because of their unique relationship.

Edna and Simon had a fantastic time walking around Broadway Lodge, meeting staff and residents and pointing out historical facts about the building and what it was used for. Edna even highlighted some history related to the ceiling roses and cornicing in the lecture hall. Edna is full of lots of information on many different subjects.  Equally, Simon has a fantastic analytical mind and could point out within 15 minutes of being at Broadway and looking at the information displayed around the building how the first 3 steps of the 12-step programme work, which was amazing.

At the end of their visit Edna commented how it was lovely to put another piece of the puzzle together to her mother’s life.

Just as we do with our patients, we took a photo of them together in our Admissions department.