This year 26 February to 4 March marks Eating Disorder Awareness Week. This international event aims to spotlight the impact of eating disorders on individuals and how they can be supported in recovery.

Eating disorders are a complex mental health problem and can affect anyone. Sadly this commonly-misunderstood illness is becoming increasingly prevalent. This month alone has brought a spate of articles about the number of young children under 10 years admitted to hospital in one area of England.(1)

Around 1.25 million people in the UK are believed to have an eating disorder, according to eating disorder charity Beat, with around 89% of those affected being female and 11% male. Like other addictive behaviours, eating disorders are an illness associated with secrecy and denial, which prevents suffers from coming forward and loved ones from seeking help. Consequently many people remain undiagnosed and are at risk of further serious illness.

The age group most often affected by an eating disorder are 14-15 years olds. However, NHS figures for the period April 2016 to March 2016 (2) reveal some alarming figures which are beginning to challenge this fallacy:

What are eating disorders?

An eating disorder is when a person has an unhealthy relationship with food which leads to a range of problematic emotional issues. It may be eating too much, too little or being obsessed with the effect of eating on your body, with negative consequences. Some of the commonest food disorders are:

How can those suffering from an eating disorder be helped?

It can be difficult to help people when they are concealing their illness. However, due to the suffering it causes and the potentially serious consequences of their illness, it is important that people seek professional treatment to change their relationship with eating – their condition is unlikely to get better on its own. The earlier treatment is sought the better the individual’s chances of recovery.

Family and close friends are often the first to spot changes of behaviour in relation to food. They should encourage their loved one to contact their GP in the first instance. If you are a sufferer it is vital that you take the brave step of telling someone about what you have been feeling and how this has been affecting you. A GP will refer you for further assessment and treatment by specialists. You can also contact eating disorder charities such as Beat to find out about support groups and accessing treatment.

It is also a sad fact that people can suffer from eating disorders as well as being addicted to harmful substances such as alcohol or drugs. The relationship between an eating disorder and addiction can be a complex one with each disorder affecting the other in a negative downwards spiral. It is important to know that help is available.

At Broadway we can help people rebuild a healthy relationship with food. Our dedicated team of specialist counsellors will help you explore your feelings and behaviours to guide you to a more positive place, and healthier life.  You can read the uplifting story of one of our remarkable patients here. 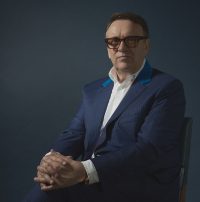 Story Is coronavirus fuelling addiction? Coronavirus swept across the nation in recent months and government guidance has meant the majority of the country has been required to stay indoors with no contact in person with friends and relatives from other households. — Read More