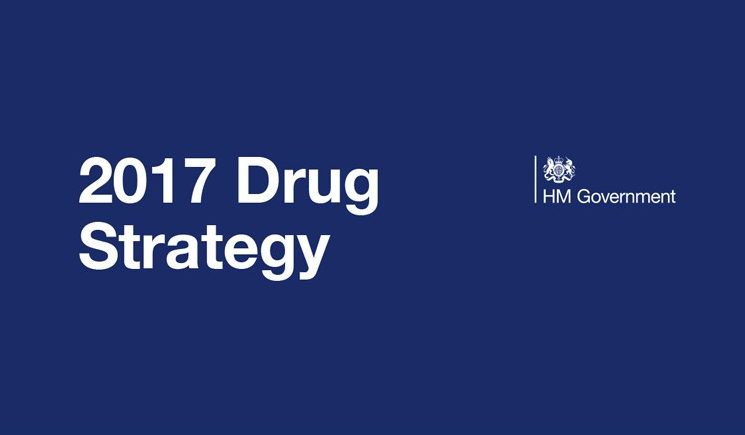 An ambition for full recovery: The Government’s new drug strategy 2017

Given the increase in drug-related deaths in the UK, we welcome the much-needed attention on addiction in the government’s new Drug Strategy 2017. It is alarming that in 2016 there were 3,744 drug poisoning deaths recorded in England and Wales – an increase of 2% on the year before and the highest since records began in 1993 (1).

Drug misuse and dependency destroys lives. As well as causing overdose and death, addiction often leads to poor physical and mental health, the breakdown of relationships, financial problems and homelessness. For example, a government study (2) estimated that in 2009 adult drug users not in treatment typically spent £94/£231(median/mean) a week on illegal drugs. It is vital we get to grips with this problem and help addicts to recover.

What does the new Drug Strategy 2017 say?

On 14 July 2017, the Home Office published its new Drug Strategy 2017 (3) aiming to reduce illicit drug use and increase the rate of individuals recovering from drug dependence. The new Strategy recognises the cost of drug use to both society and to individuals, observing that:

While the numbers taking illegal drugs are down from 10.5% a decade ago, there is little room for complacency because the report highlights the new threats that are emerging including new psychoactive substances such as ‘spice’, image and performance enhancing drugs, ‘chemsex’ drugs and misuse of prescribed medicines.

The Government’s latest approach is captured in its four key themes:

Response to the new Drug Strategy 2017

Much like the government’s previous 2010 Drug Strategy, (4) the new 2017 strategy reflects a world viewthat the best way to tackle problem drug use is to encourage people to live drug-free lives.

Yet the 2017 drug strategy also notes that: ‘Fewer drug users are coming into treatment..’ (p.4) and this must in part be due to the withdrawal of statutory funding for substance misuse generally, and addiction specifically.

However, in relation to existing addicts and dependents, we are pleased that the new strategy sets out an “ambition for full recovery” and a: ‘joined-up approach to commissioning and the wide range of services that are essential to supporting every individual to live a life free from drugs’ (p.7) the UK Government renews its aspiration for full recovery from illicit drug use and dependence. While keeping recovery at its heart, the Strategy also recognises different kinds of interventions to suit the individual.

Drugs misuse is a complex issue and touches many areas of life. Reflecting this, local authorities will work in partnership with local organisations, health organisations and those involved with employment, housing, childrens’ services and social care. The Strategy also benefits from the welcome announcement of a dedicated Recovery Champion to be appointed who will help keep as a political priority the need to keep tackling drug use and addiction.

How Broadway can help

At Broadway Lodge, we help many people struggling to overcome drug addiction. It is an issue that can affect people from all walks of life and we are here to help.  We support those seeking addiction treatment through a combination of approaches including detoxification, psychosocial interventions, and an abstinence-based 12-step recovery programme followed by recovery support in communities.

(1) Deaths related to drug poisoning in England and Wales: 2016 registrations. Office for National Statistics. 2 August 2017.  This does not include one of our most dangerous drugs, alcohol.