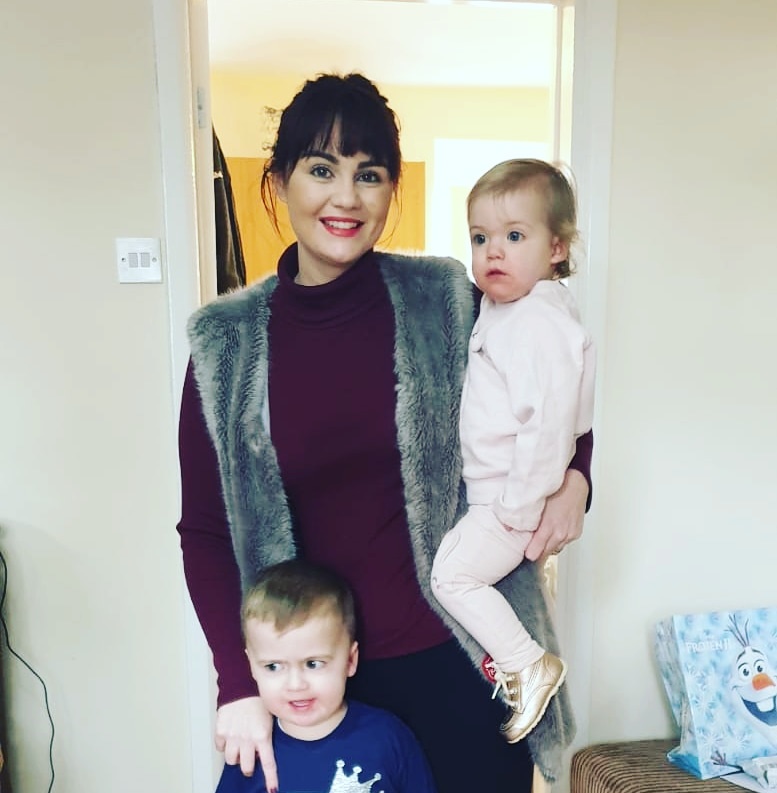 Hi, my name is Katie and I’m an addict.

Growing up I had a good childhood, never wanted for anything.

My Dad died when I was just age seven which affected me much more than what I thought as I got older. I always felt like I stood out from the crowd, I just never fitted in and was always the odd one out. I smoked a small bit of weed through school, usually just to impress others.

I started working in a pub aged 17/18 and that’s when I first tried cocaine and I felt like it lit me up, I loved it. It wasn’t a gradual thing for me, it was all or nothing. Every weekend I would use coke and drink. I tried other drugs whilst working in that pub. I was always the one that didn’t want to go home, I wanted to stay out. I noticed then that my thinking around drugs was so much different to the “normal” person.

I had numerous jobs but I never stuck at anything. Something was always missing, I thought. I started going out in Manchester gay village and that’s when my life started going downhill. I was going out every weekend, then I started going out mid–week. I started missing work or turning up late. Then the idea of using drugs in work to help me get through the day. All this to me seemed normal and I had no idea why everyone was always going on at me to stop going out etc. I was on a downward spiral.

In my head I was having the best time – no one to answer to, all these ” friends” around me. Slowly but surely things got out of hand. The reality was that I was living in my boyfriend’s dads house in a loft with no insulation, on a mattress, or sofa surfing around different people’s houses. I started lying and stealing, all of the things I never thought I would do. Very quickly it went from every weekend to every day taking a substance called GHB and M Kat and lots of other party drugs. I was totally addicted yet I still thought I was having a great time. I lost numerous jobs and no one in my family wanted to be near me. Although it hurt at the time, it worked out for the better because I got to use how I wanted to. This all went on for over three years. My family were very concerned and I had lots of hospital trips. My family thought enough was enough and pleaded with me to get help but I thought they were the problem not me. Just before I went to Broadway Lodge, one of the memories that will always stick with me is my 21st birthday. My mum asked if I wanted to go back home open presents have some food and I truly wanted to. All I had to do was not use drugs. Could I do it? No. I never turned up. She was so let down and disappointed, which hurt me – another excuse to use more.

I ended up in hospital so many times, and in one of those occasions I did actually die – I was resuscitated 3 times and put in an induced coma, yet I’d leave the hospital and carry on using. Drugs had a massive hold over me which I now know is powerless!! My thinking just wasn’t normal. I lost many friends through addiction, sometimes I thought they were the lucky ones because they didn’t have to do the cycle of addiction daily!!!

Whilst I was continuing to use drugs, my mum spoke to a man called Mark who got in touch with Broadway Lodge and got me a bed there. Whilst Mark and my family were talking with staff at Broadway Lodge I ended up in hospital again where I was detoxed. My mum asked me to come home so when I left the hospital and went back to my mum’s house. All my family where sat that with letters. They really wanted me to get help but the honest answer was that I didn’t want help. As silly as it sounds the only time I ever thought I fitted in was when I was on drugs. The real truth was that I had no friends. I was desperate to stop feeling how I did but still wanted to carry on using. One by one each of my family members read their letters to me, describing how they loved me and wanted me to stop using. It was the hardest thing I have ever had to listen to and their faces will always stay with me. But was it enough to make me want to stop? No!

I must have agreed to go into treatment at Broadway Lodge as I remember sitting in Mark’s car on the way to what I thought was a spa weekend to relax (how wrong was I!). It was September 2013, two months after my 21st birthday. I turned up at Broadway Lodge and walked through the big blue doors into reception. I realised quickly it wasn’t a spa weekend. I hated it. I blamed my family – “why send me here?” I thought. I really can’t remember the first few days. I didn’t understand the 12 Steps, I didn’t understand meetings or rehab. I was only 21. Nothing made sense. All I wanted to do was go home.

I completed all the group therapy and counselling sessions. I still couldn’t see my problem, I was only doing this for my family. Markkus was my counsellor and he told me some home truths. I remember thinking to myself “you can’t speak to me like this”, but he did and as he broke me down bit by bit things started to make sense. I didn’t want to use but I just didn’t know how to stop.

I met some of the most amazing people there and did lots of work on myself. The counselling and group therapy sessions did help. All I was shown was love at Broadway Lodge. Deep down I remember listening to people and thinking “I’m not that bad, that hasn’t happened to me, these people had been using for 10+ years I’d only been using 3+ so I can’t be an addict!!!”

I soon forgot about all the hospital trips, the dangerous situations I would put myself in, the rattles when I ran out of drugs. That was a distant memory now as I was starting to put on weight and feel better. In the back of my mind I really truly wanted to stop for my family but I knew that I would use again.

I left extended treatment 4 weeks early. I just wanted to go back home to Manchester, even though I was advised not to come back. “What’s here for you?”, everyone would say, and I could never give them an answer. I moved back to Manchester into a dry house and guess what, the inevitable happened – I used again and I went straight back to where I left off if not worse. This time felt different. I was using more and I tried different things. I lost all respect for myself and everyone else. I had knowledge that I learnt from Broadway about the obsession to use and I noticed it a lot now. It scared me because I knew I didn’t want to hurt my family but I just didn’t know how to stop wanting drugs.

My family started going to Family Anonymous and then their enabling stopped. I couldn’t manipulate them anymore. I was on my own. I carried on for another year. It was the worst year of my life. I wanted to change but didn’t know how to stop. Every weekend I was ending up in a drug psychosis state. I just couldn’t take it anymore, physically or mentally. I didn‘t know what was real and what wasn’t. I was talking to people that weren’t there.

I ended up back home where I pleaded to my mum I wanted help, but she wouldn’t enable me, she said I had to leave. Why would she believe me this time after I let her down time and time again? She finally let me stay and I did a detox at my mum’s and I was seeing things, hearing things – I thought it would never end. Looking back now I realise how scary that would have been for her, to see her daughter talking to things that weren’t there. I contacted Broadway Lodge and asked to come back. I knew that Broadway would be able help me. But I had to do it for me this time not for my family! I ended up going back in February 2015. 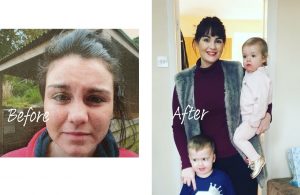 This time I knew I had to change and really work hard on understanding the disease of addiction. I decided I wouldn’t return to Manchester afterwards and started a new life in Bristol. I moved into a dry house in Bristol, got a sponsor and started working the steps. What a life changing experience. Don’t get me wrong, it was painful to go through all the harms I did, but it was such a freeing experience. I couldn’t believe how much my life had changed in such a short amount of time. I will always be thankful for the love and support I got from Markkus and all the team at Broadway Lodge.

I met my now husband in Bristol and we have two beautiful children. We moved back to Manchester and own our own home! AMAZING RIGHT!! I now know why I was put on earth and it was to be a mother. I truly believe this is what I was made to do!! Dreams really do come true. You just have to take a leap of faith trust in the amazing process that Broadway and the 12 steps have to offer.

Don’t be discouraged – if you don’t get it the first time round, you just have to KEEP ON GOING

Broadway and the 12 Steps saved Rob