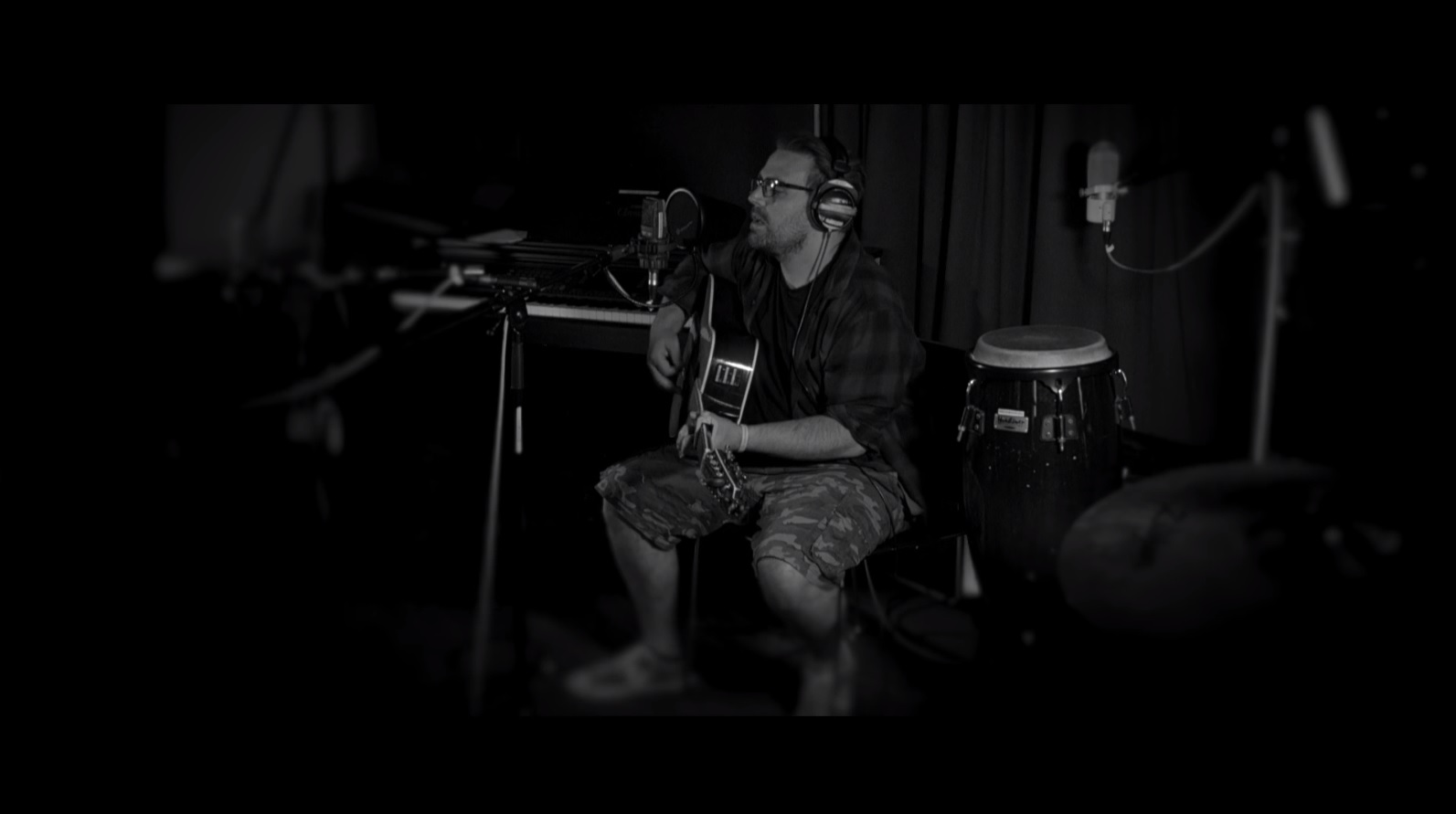 Former patient David completed treatment for addiction just over two years ago and is now celebrating two massive achievements this summer. Not only has he passed the first year of his Level 3 Foundation in Music Production with a distinction, but he is about to release his debut music video for his song ‘Lost to the Bottle’ which is about his own experience of searching for happiness through drugs and alcohol.

David has been writing music and playing the guitar for 27 years but before his recovery journey began at Broadway Lodge, the notion of performing music on stage to a crowd was terrifying. Although stage fright didn’t stop him from making live appearances, he couldn’t face being in the spotlight without drinking alcohol or using drugs to mask the fear.

Following his time spent at Broadway Lodge in primary and extended care, David decided to live locally in third stage housing where he would have the ongoing aftercare support and access to the West of England Works programme at Broadway Lodge. This is a funded scheme which enables people who are eligible to access a wide variety of support for self-development and to increase their employability. With a passion for music, David chose to enrol in a two-year college course which was accessed through help from the West of England Works programme and Wendy (Project Coordinator at Broadway Lodge).

Since starting the music production course, David says that it’s helped him in many ways; it’s built his confidence, improved his communication skills and his social anxiety has improved considerably. Along with continuing his studies David is working on an exciting recovery project and he is focused on spreading the message through his music that happiness is possible, even after the hell of addiction.

Lost to the Bottle by David Jay Sylas will be released on the 31st August where it will be available to watch on Youtube. Along with David’s music video and college achievements, he has also secured a festival slot and will be performing on the Sunday at Watchet Music Festival 2019 which will be held from 23rd – 25th August. Well done David!