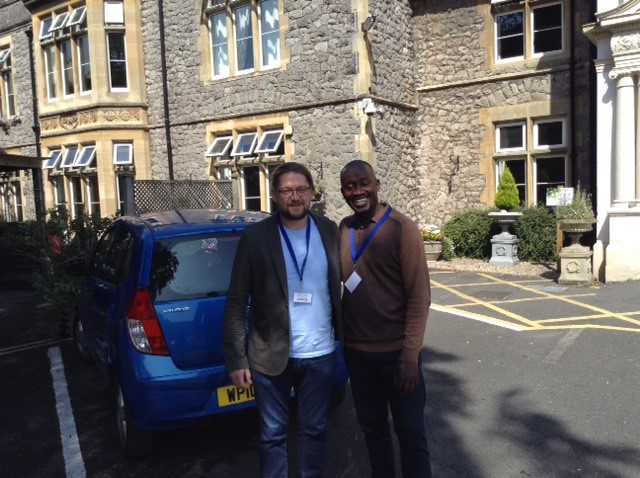 Everyone’s recovery journey in the weeks, months and years after treatment for addiction is unique and while some return to their families and jobs, others embark on a fresh start entirely. We know of so many people who’ve completed at Broadway Lodge and gone on to establish new careers and we’re pleased to be able to share ex-patient Christopher’s journey following rehabilitation here over four years ago.

Last week, Christopher visited us to catch up with staff, returning to Broadway Lodge for the first time since completing almost 12 weeks of treatment back in April 2015 and he’s stayed sober ever since.

When he left treatment, Christopher returned to his home area and started attending regular support groups including NA (Narcotics Anonymous). He then became a secretary and chair of a meeting and volunteered at charity Swanswell which was his local drug and alcohol service. Following on from this he secured employment as a youth support worker and remained in this role for two years.

Christopher has progressed his career and is now the Housing order phentermine low prices online Manager for two supported housing schemes – one for residents with learning difficulties and one for adults with mental health conditions. Christopher has faced some very challenging situations at work but was able to support 10 staff and 13 residents through difficult crises alongside coping with his own feelings and emotions.

Family life for Christopher has improved significantly now that he is living in sobriety. Not only are his parents much happier and understanding of his recovery but he has access to his son who is fully integrated back into his life. Sobriety hasn’t stopped him from socialising either – he is often out in town with his friends and has enjoyed stag weekends without drinking, reporting that he’s more than happy to be the designated driver.

This is one positive story of thousands and demonstrates that successes can be achieved, life can change for the better and recovery can be sustained after experiencing the hell of active addiction.

Christopher is pictured above with Markkus Trew.