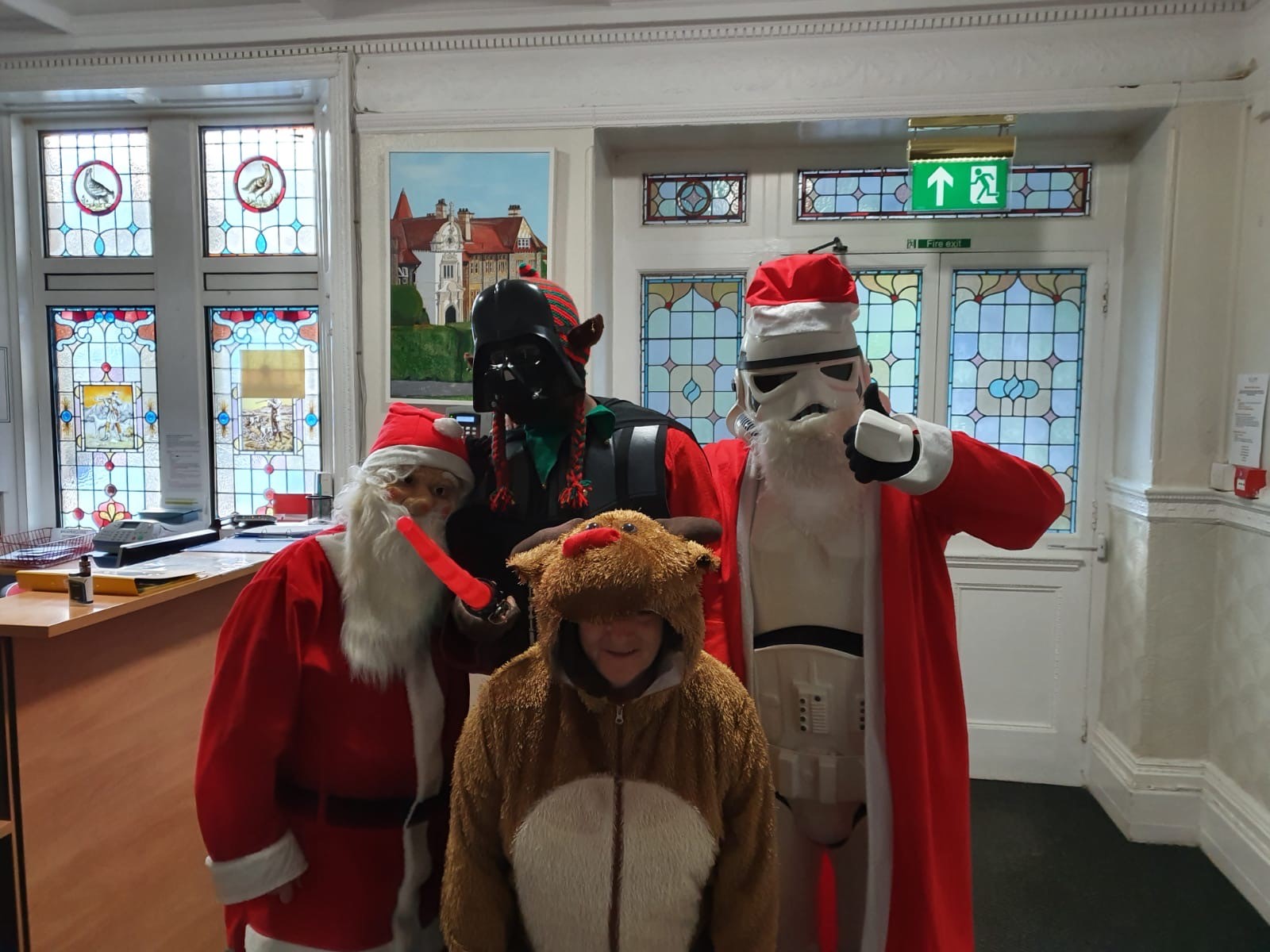 For many of us Christmas is a special time of year and at Broadway Lodge, we strive to create a happy and enjoyable atmosphere for clients to mark the occasion. We understand why many feel sad as they miss home and their family and friends but we ensure that any feelings are explored and addressed in group therapy and one to one counselling sessions leading up to the 25th December.  Friends and relatives will often feel relieved and assured that their loved one in treatment is in a safe place and not inflicting danger to themselves through substance misuse or harmful behaviours.

Although it was a fortnight ago, we wanted to give you an insight into what clients got up to over Christmas…

Festive attire was worn by numerous staff on Christmas Eve, hoping to spread some cheer and clients got into the Christmas spirit by singing traditional carols in an afternoon carol service in the main hall. 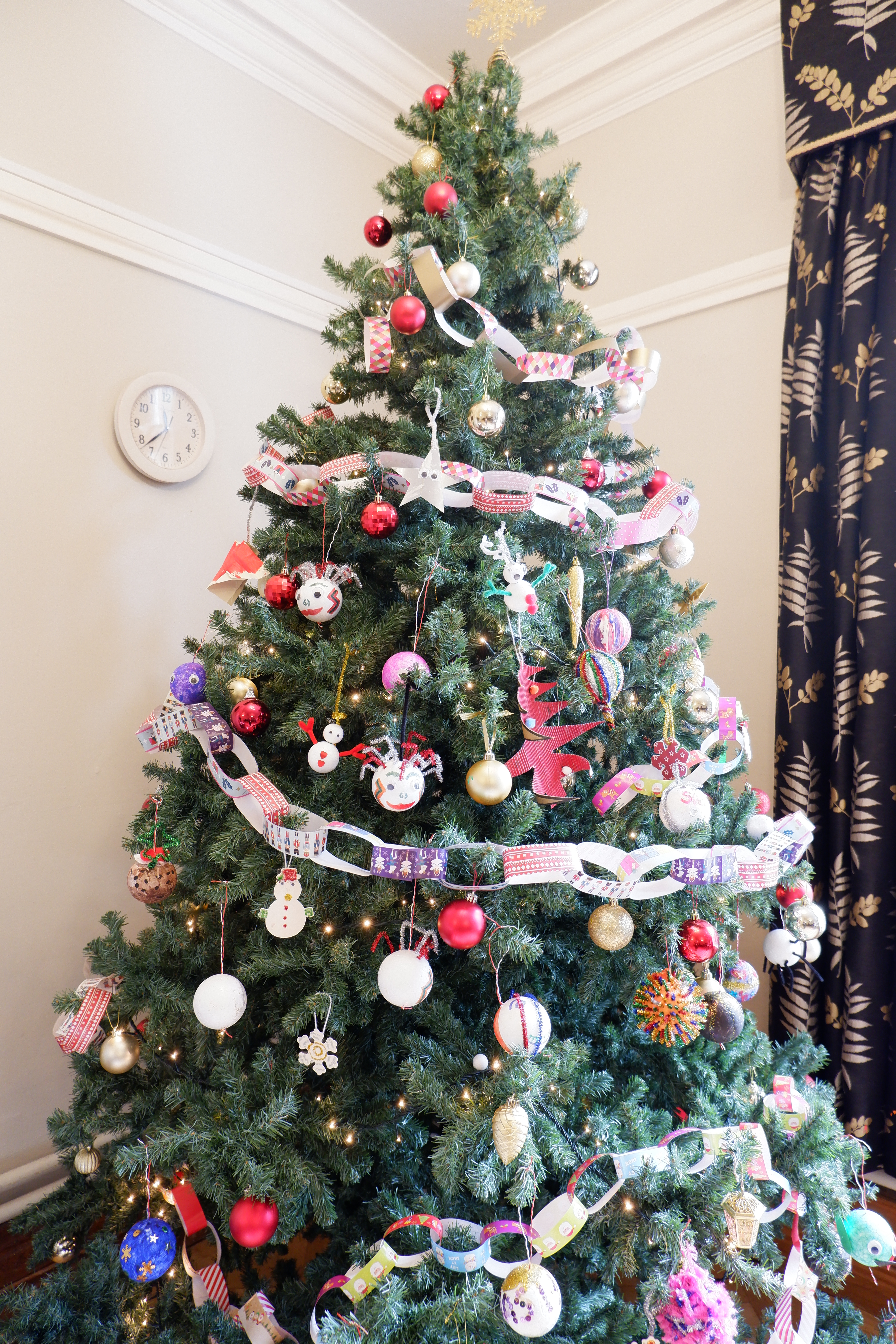 Christmas Day at Broadway Lodge is always pretty special but for some reason, this year seems to have excelled itself. As you can see from the photo below, Father Christmas arrived with his reindeer Rudolph but were randomly accompanied by Stormtrooper and Darth Elfder who brought misery by trying to discharge all patients by 5pm (it was all part of the festive fun). 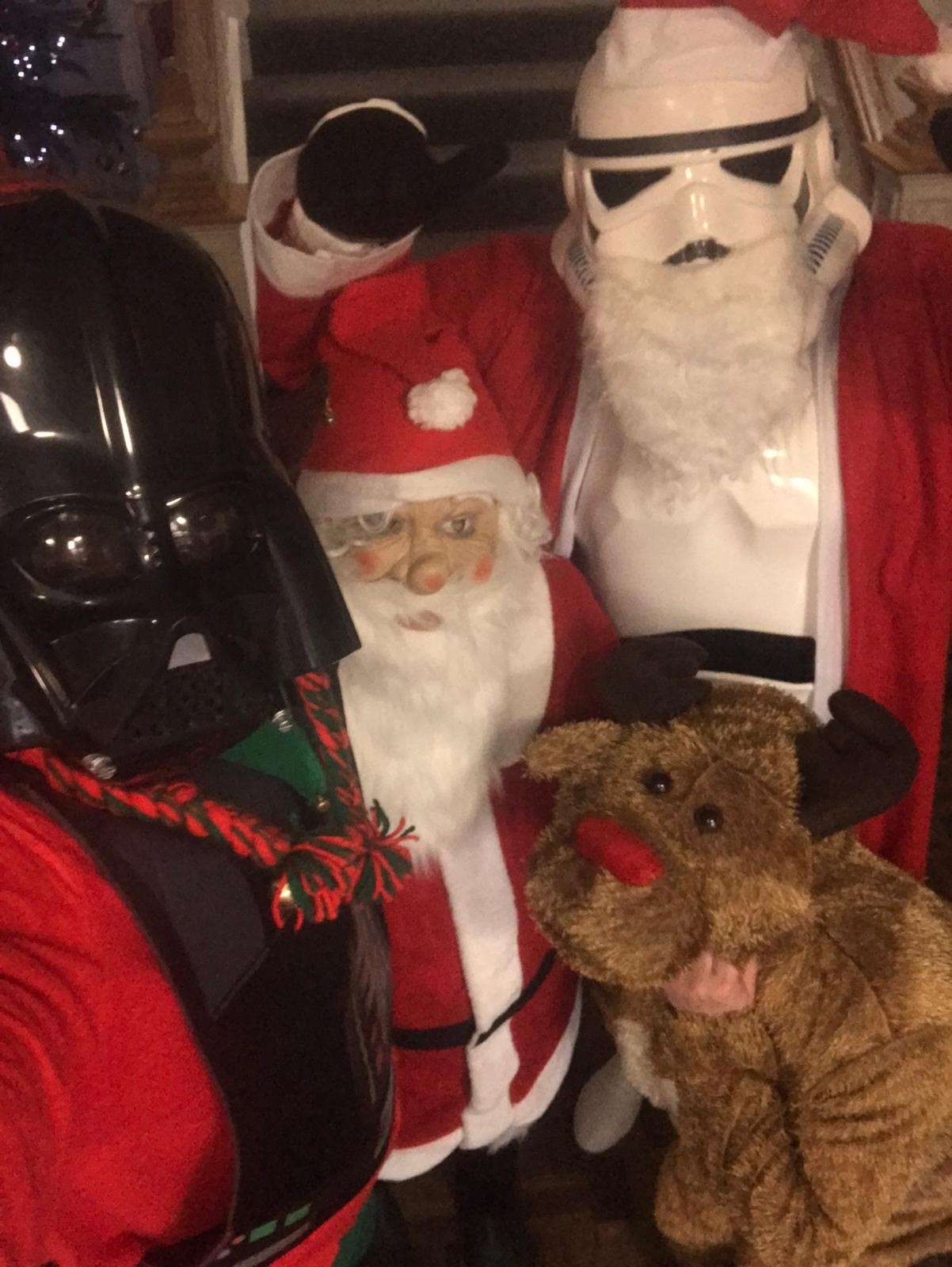 Each year Father Christmas gives presents to every client and this year, he stopped off at Waitrose to collect individual Christmas gift bags filled with goodies, all donated by Waitrose. Everyone congregated in the patient lounge where they opened their gifts and Father Christmas asks what they wish for in 2020. The majority ask to be clean and sober and for their fellow peers so be too (and we hope their wishes come true).

The clients had worked hard to create two Broadway-specific Christmas songs – ‘The Twelve Days of Christmas’ and ‘Markkus The Red Nosed Counsellor’. With trepidation Markkus sat in to listen to these and soon into the performance, the lounge was in hysterics with both songs filled with humour and demonstrated the clients’ creativity and prowess.

Jennifer, who is one of our long-serving nurses, encouraged Father Christmas to deliver a drum therapy session which was not part of the festive programme but added to the fun of the day.

At lunchtime, staff served clients a three-course meal including a full Christmas roast dinner with all the trimmings and at the end of the meal, Matthew the Chef was thanked for coming into prepare the meal.

The afternoon was taken up by an entertaining quiz, led by quizmaster Andy in his festive suit, where the competitiveness of clients and staff became very apparent! Clients were split into their respective groups and the staff had a team too. The quiz was full of humour and laughter with Father Christmas officiating it with red and yellow cards. The staff team started arguing with each other and the nurses blamed Darth Elfder for getting a question wrong. Rudolph, the most competitive one in the room, then became threatening and intimidating. Father Christmas decided that they needed consequences for their behaviour and without investigation showed a Yellow card to Darth Elfder who was asked to leave the room. All of the clients began to laugh and in full chorus sang “All By Myself” as he left the room. Everybody was in hysterics and the Darth Elfder sat on the stairs reflecting on the part he had to play in his downfall. The quiz continued and after a short break he was allowed to re-join the staff team where they continued to argue quietly between each other. At the end of the quiz, the winners were announced but suffice to say the staff team left with no prize and were in disarray. All in a day’s Christmas fun here at Broadway Lodge! 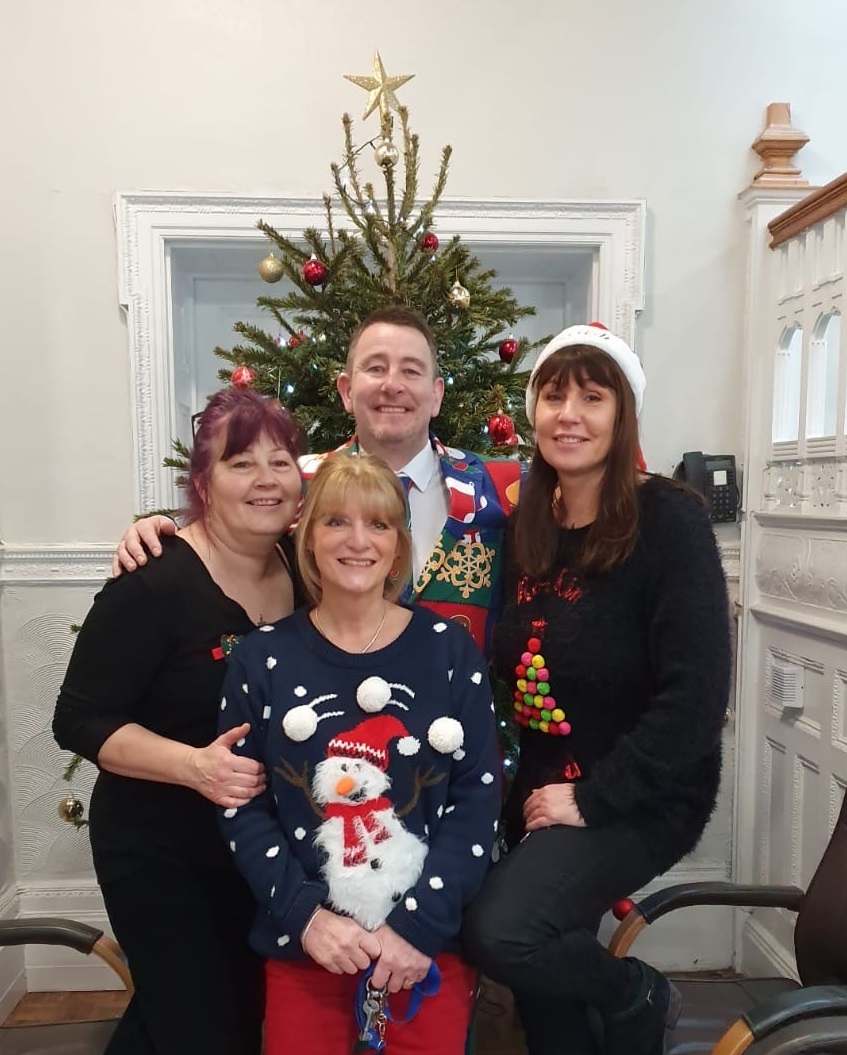 Due to the happiness and love that was clearly evident on the day, Darth Elfder and Stormtrooper were unable to empty the building of clients and crept out of Broadway Lodge having failed in their mission. Father Christmas and his competitive Reindeer left at the end of the joyful day and promised to return next year.

The Significant Event forms were read out in the Boxing Day morning debrief and almost all clients had written about the fun, laughter and gratitude they had and the efforts the staff went to in order for clients to have a magical day. Jo Dudd, a nurse who’s worked at Broadway Lodge for over 27 years, commented on the unity and camaraderie that the clients had this year and that it was one of the best Christmas Day’s here so far. It’s an absolute honour for the Broadway Lodge staff to be able to support clients on this festive day and bring smiles, joy, laughter and happiness.