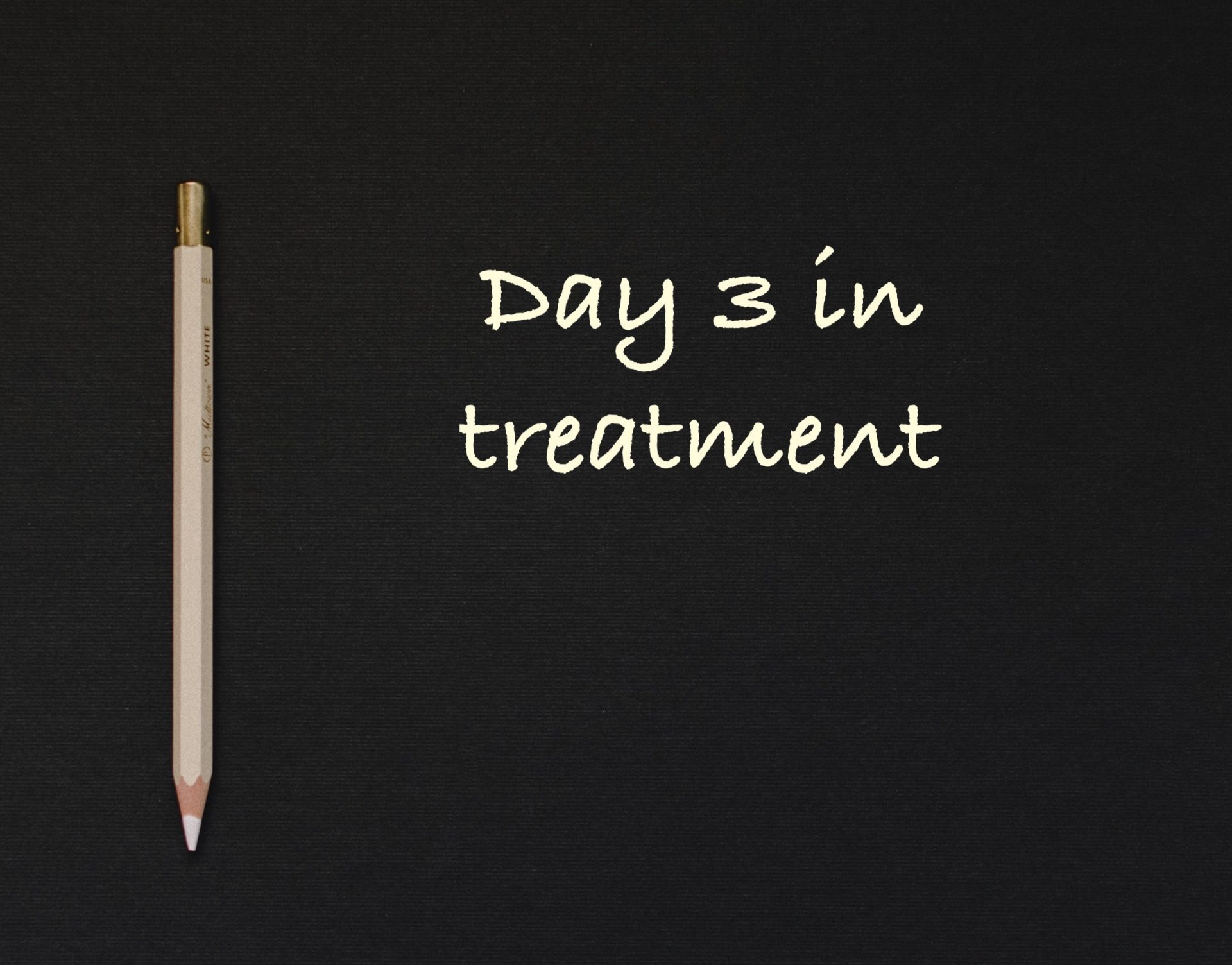 On Wednesday we shared the thoughts that an anonymous client wrote on their first significant event form, written on their admission day to Broadway Lodge. These forms are one of many methods we use to monitor the feelings and emotions of each client every day.

Following the significant event form thoughts of one client allows us to give you a raw insight into emotions and feelings that can be experienced as someone progresses through therapeutic treatment here. We are now sharing the second blog – their significant event thoughts after three days of treatment.

“The most significant event of today was: Productive group therapy. Understanding an addict isn’t an addict because of the things that have happened through your life. Accepting responsibility for my actions. My emotions are a mess. Tears are behind my eyes and I feel the rush of sadness all over.

Why was it important to me? I am well qualified and intelligent. But I have never been more confused and scared. I have lost any grasp on reality and my own identity. I have to admit I am fearful of what’s going to be left when I’m detoxed. I haven’t been meds/drugs free since I was 15. I hope staff will give me time as I still run on logic, I have no feelings.”

This form raised some concerns with the medical team initially. But when counsellors read it the following morning, they interpreted it to be positive and a sign that the individual was ready to engage in treatment here. What some may interpret as doom, gloom, fear and anxiety presented to the therapists at Broadway Lodge as somebody who is fully ready to engage in a therapeutic process. The therapists all were excited by what they read. This was because the client appeared to have enjoyed the group therapy session by gaining a better understanding of addiction and showed that they’re able to express their emotions.

This client mentions how they feel they’ve lost their identity and fear about what they may become after detox. Their last sentence is heart-warming because they ask staff for time to process what is going on, stating that they run on logic and have no feelings. When we spoke to the client about their significant event form, they were affirmed for what can only be described as a beautifully written event form full of feelings and emotions even though the client thought they had no feelings. This person is ready for therapy.